Dorothy Marlen on the Pikler Approach

In this interview, Dorothy explains what the Pikler approach is, what we can learn from it and why it is so crucial in the first 18 months of a baby's life. She goes on to explain the links between natural motor development and later learning, such as speech. We finish with some ideas and strategies for practitioners and educators who would like to start the Pikler approach
View Episode details
· November 13, 2020

This year, she graduated to the level of Pikler Pedagogue with the European Pikler Association – the first to have reached this level in the UK.

She is course leader of the pioneering Level 3 (EYE) CACHE Holistic Baby and Child Care Diploma which synthesizes Rudolf Steiner’s understanding of child development, an introduction to the Pikler approach and EYFS requirements. It has a unique birth to three focus. The third cohort started this October.

As well as running ground-breaking courses, Dorothy is an author, a consultant and an international conference speaker. She is an advocate for our youngest children – for example bringing a greater understanding of what natural motor development is, how this is inseparable from relationship and care and why parents and carers need this understanding.

In this interview, Dorothy explains what the Pikler approach is, what we can learn from it and why it is so crucial in the first 18 months of a baby’s life. She goes on to explain the links between natural motor development and later learning, such as speech.

The full quote from Jane Swain that Dorothy refers to at minute 17 is:

“I was in awe of the grace, beauty and efficiency of the infants’ and toddlers’ movements at Lóczy (The Pikler Institute, Budapest). Their balance, coordination and posture were extraordinary. Their movement possibilities were vast; they were very active and well-acquainted with transitional movements—that is, they did not remain in a few static positions, but instead moved in and out of positions easily. I did not see nearly the degree of drooling, low-tone trunks, wide-sprawling bases of support, compensatory high shoulders and stiffness, and other movement problems that I so often see in typically developing children in the U.S.

The study of the 722 children’s natural movement progression between 1947 and 1964 at the Pikler Institute. Pikler E.  Learning Motor skills on the basis of self-induced movement. In Exceptional Infant ed Hellmuth J. Vol 2 Brunner/Mazel Inc NY. 1971 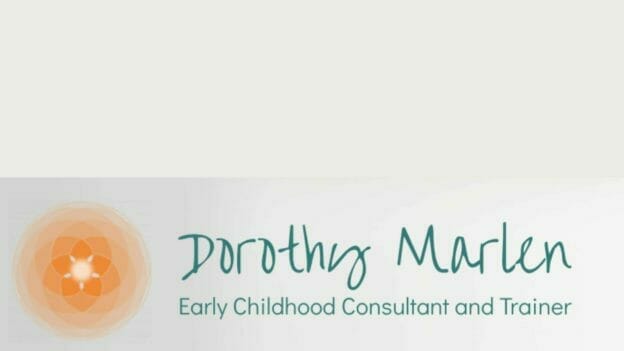 Login
Accessing this episode requires a login. Please enter your credentials below!
Lost Your Password?
Register
Don't have an account? Register one!
Register an Account
Dorothy Marlen on the Pikler Approach

Please confirm you want to block this member.

You will no longer be able to:

Please note: This action will also remove this member from your connections and send a report to the site admin. Please allow a few minutes for this process to complete.